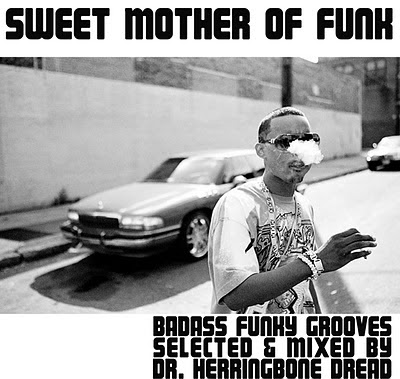 It's been a while since I put together a mix, quite a while. For several yonks I was bringing my laptop out to every gig, hitting record, and then the best hour or so would become a mix cd. Sadly (well it was more unfortunate than sad), a few months ago I was getting up off the couch (something that I never do unless it's very necessary, usually only to make more tea or have a pee) without realising that the power cord of my laptop was wrapped around my foot. As a result my aged powerbook hit the floor at the exact angle required to break one of the hinges. There are many things I like about apple products, but the main dislike is that when things go wrong, they go wrong in a big and or tedious way. The replacement part will cost about fifty quid, and it will only be slightly less complicated than advanced neuroscience to stick it in. In summary, to replace this one bit (which is also the most breakable part), I will have to take out everything else. This is not an exaggeration, a quick google search of "g4 powerbook titanium replace broken hinge crying blood nightmare" will give you an idea of the ordeal involved. Granted, it would probably take a full day to do it and be done, but I haven't worked up the nerve yet (either that or I really couldn't be arsed, take your pick).

So there's my tediously drawn out excuse as to why it's been a while since I've put out a mix cd. I suppose a tracklist wouldn't go astray?

Can be downloaded here, if you would like a copy on cd, leave a comment and I'll hook you up.


Wishing you a merry Christmas, and a happy new beard!
Over the last few months I've been feeling a beardy sort of broodiness. I'd see men with impressive facial hair and find myself sighing wistfully. Movember was the cruellest month, so I made a decision to hang up my razor once it was over. It's been well over a year since I undreaded my head and gave my face a jolly good shaving, and there has been a constant stream of questions relating to when I would regrow them, or could I at least bring the beard back? It's bizarre, but I imagine that if I were to retire from DJing, there would be less of a demand to get me back behind the decks, than there has been for me to regrow the beard.

For the inexperienced, it's worth noting that there is more to growing a beard than just not shaving. Getting through the itchies is a test of endurance that few men can tough out. It kicks in after a week and then lasts for about a week and this is when most so-called men tap out. If you know someone who usually looks unkempt and unshaven but has never had a proper beard this is why.

The other major stumbling block for me is what most Irish men are cursed with: The Ginger Beard. I understand that the G-word is no longer considered politically correct, but there's no point calling a spade a spud. Even though having dark hair, brown eyes and eyebrows means I'm not a true blue ginger, when my face furniture is in full effect I experience the slings and arrows of outrageous anti-gingerism.

And yet here I am, face itching likes it caught an std and growing ever more ginger by the hour. It will be all worth it in the end, won't yet? (Yeah, keep tellin' yourself that Señor Gingernuts)
Posted by Herringbone at 2:55 AM No comments: